You are here: Home › Competition › Are You Winning Yet? 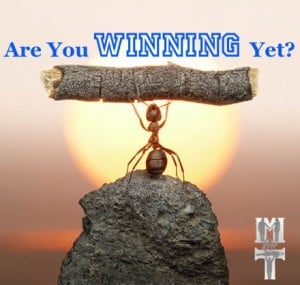 “Winning” is not only about the final placement. You don’t even have to be competitive to be “winning”. In our WCS competition scene, while many dancers ambitiously chase points, others are kicking their butts in other aspects – winning games that have no trophies or prize money, but are invaluable nonetheless.

The word “winning” has taken on a new colloquial meaning in recent years. Thanks to Charlie Sheen, it now can be used to refer to any success – any achievement or gain in a desired area of play. Let me define what I mean by “play”: any endeavour, project, or goal you take on, no matter how small, can be considered a game, and you are the player. If you achieve your aim, or gain/earn a benefit, you win. Here’s an example: “Asked favourite pro to dance, they asked me for a second song! Winning!”

The most obvious game in the WCS world is dance contests. Regardless of the format, the rewards include money, trophies, status (points), and admiration. But there are other games being played concurrently within the contests, that each have different rewards that have nothing to do with placements:

Whether you had intended to achieve these goals or not, they result in a positive gain that feels equally as valuable, if not more valuable than your placement. More valuable, because there was a more direct cause and effect relationship between your effort and the reward. You can take direct credit for the win, as opposed to a contest, where relative placement tends to dilute the credit.

These games are also more winnable than judges’ scores in a dance contest, not only because there are multiple judges and each one has their own criteria to grade you against, but also because the goals are under your control. In a dance contest, you have control over your dance and some of your partner’s dance. But you have zero control over how well other couples dance. So to set a goal of “winning 1st place” is futile, because you can’t control the variables. You could set a dream for this, sure. But not a goal. Where people get stuck is trying to set goals for themselves that are out of their control, then being disappointed when they fail to achieve them. If you measure your success and base your self-esteem on whether or not you took first place, you are setting yourself up to be disappointed by external circumstances and sheer statistics.

A “fail” is simply a missed trial. An unsuccessful attempt. Like going for a one-footed spin and having to bail after only 2 rotations. Or, you meant to lower her hand before twisting it, but you forgot. Like wins, fails can be minuscule, or epic. The colloquial superfluous phrase, “epic fail” refers to a gross misdemeanour or embarrassing social or physical slip up. But let’s recognize that not all fails are epic. Sometimes that little missed attempt is empty and meaningless. Just because you failed to catch the hand/hit the break/wear black socks/remember someone’s name, it doesn’t ruin the whole experience. If you stack several fails back to back, it might cause an impact, but any one in isolation is not a big deal. This is especially important to remember when you are with your practice partner: be careful not to criticize missed attempts. “A big success is made of a bunch of little failures scrunched together”. It takes target practice to gradually work towards perfecting something. “Fails” do not make you a “failure”. This is a very important distinction. 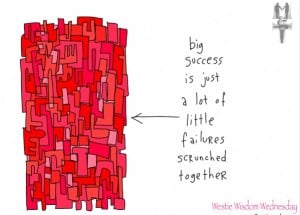 at really matters is how you react to a fail, especially in public. Champions make mistakes all the time on the comp floor, but what sets them apart from lower level dancers is their ability to recover and turn lemons into lemonade. Fails could be seen as “happy accidents” that lead to another unexpected brilliant idea. Spectators and judges value pushing through adversity, so they reward dancers who can turn a fail around into a win. Losing your cool over a fail of any size is an epic fail.

Not all games are about the physical aspect of the dance. Since social dancing is a social activity, there is a social game to be played. Students should be learning these affective & social skills throughout their early training, kinda like learning the rules of the game in order to play it. Unfortunately, many are forced to learn the hard way, out in the wild. The social community can be a tough panel of judges. Social fails are taken more seriously than dance fails. Fails will happen, as they do in life, but what is important is how you recover. Poor recovery is a slippery slope that can lead to ostracism and outcasting.

It’s possible to be winning your dance game while failing the social game. This can happen at any level: when you spend too much time focusing on your dance goals and not fostering the human side of this sport. At the end of the day, it doesn’t matter 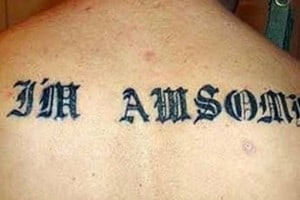 how good of a speaker you are if nobody wants to listen to you. You have to ask yourself, which do you care more about, the points or the hugs? Another way to put it in perspective, would you enjoy WCS as much if you won everything but everyone despised you? Just because you are doing well competitively, doesn’t mean you are on the right track. You need to listen to social feedback, not just scoring feedback.

***could lead to legal action 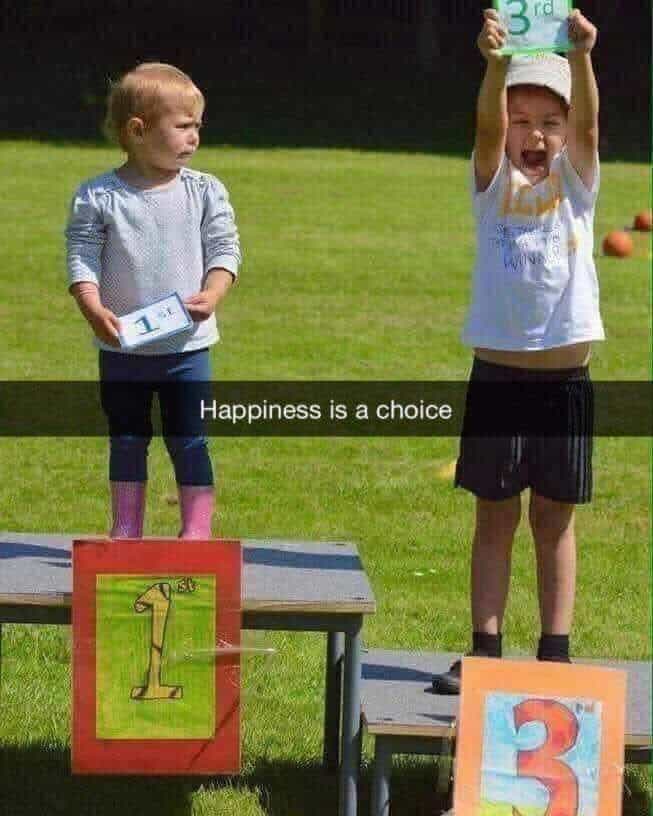 Remember, (except for the ***) it’s not one fail that ruins you – it’s a consistent pattern, or an accumulation of multiple fails that discolours your social reputation. It’s never too late to apologize and reform your habits.

Creating a game for yourself

Since placements and cash are beyond your control, it’s a better idea to create a game for yourself that improves the dancing experience for you and fixes your fails – a game you CAN win. Let’s get creative….

What do you get out of social dancing? What are your favourite moments that fill your bucket? Think about what motivates you to dance/practice/compete more. Make a game for yourself of hunting down and collecting those moments.

What fails do you despise observing in others? Make yourself a game of never falling into this trap and being sure to always choose a better path.

What limitations do you feel you have in your dance? Make a game out of finding ways around them and surprise yourself with how much you CAN accomplish despite them.

Are you bored? Make up a new challenge for yourself. No one needs to know your game – you don’t need to advertise. In fact, be careful because your game might offend some people. (Example: Playing a game that involves making the best out of dancing with tragically awkward partners and making them feel like a million bucks.)

A coach can help you create these games for yourself, along with goal setting, assessment, and qualitative progress monitoring: things that scores can’t provide. 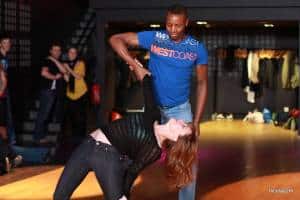 So if you are willing to play the game(s) and are playing by the rules, celebrate your wins! If you experience fails, take responsibility for them, recover gracefully, and move on. Make up your own games for yourself, but be mindful of our shared games and social agreements. Be sure to support and celebrate others’ winning as much as your own. In this game, there’s no such thing as “only one winner”.

Wish you could share this article in another language? Write us a translation and we will publish it here!

10 Responses to “Are You Winning Yet?”