You are here: Home › Social Stuff › Pep Talk for the Girls: Part 2 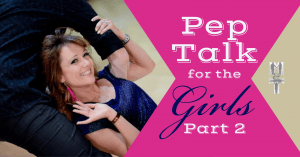 Last week’s Part 1 featured concerns that women have about their own dancing – things that women should take personal responsibility for, as opposed to blaming outside sources.

This week, I need to shift the focus to more serious concerns: things women should NOT take responsibility for, and ways women can and should take a stand.

By popular demand, this 2-part series is the women’s version of Guy-Guidance and Dude-Dilligence, Q&A for the Westie Men, which we published last summer.

I’m going to be talking about genders here: in particular, how *some* men treat women in the context of dance. I will be discussing global issues that almost every women can relate to, but they do not reflect the attitude or behaviour of the majority of men. While the vast majority of men in WCS are respectful and care for their partner’s well-being (thank you and <3), there are a handful that sometimes make it hard for a woman to enjoy her social dancing. Women need to know how to handle these situations, so this article is specifically talking about this minority of men.

Listen to your gut

So many women have similar complaints about how a small percentage of men treat them in classes or social dancing. When I ask what they do about it, most women say,

But even though these women *knew* the man’s comments/actions felt wrong, in the moment they ultimately “let him get away with it”.  Which means his behaviour goes unchecked, and is very likely to continue.

It’s everyone’s responsibility to stand up and tell men when they are crossing a line. If you don’t, they learn that that behaviour is acceptable. If everyone is too shy to say something, nothing changes and misery endures. I want to empower you to be part of the solution.

I know it feels like taking a risk. Depending on your culture, generation, background, personal history, etc., you might find it terrifying to speak up and defend yourself to a man. Several baby boomer women have shared with me that it simply is not a tool women learned “back in their day”, so they avoid the conflict at all costs. Young women as well as newer dancers might feel intimidated by a man who acts superior to them, insisting he “needs to help them”, and preying on their naivety.

Remember, that guy you rotate to in class, that guy who asks you so social dance for a 3 minute song: he’s your dance partner – not your father, not your boss, and he has no authority over you. You are his equal, his teammate, and he needs you on board if he wants to do all the fun dancing things. Your feelings matter, your perspective matters. You are in charge of your own body, your own learning, and your time.

If you get an icky feeling, pay attention to it, don’t ignore that red flag. Speak up before things escalate. Start gentle, ask questions to clarify and give the benefit of the doubt. Don’t blurt out automatic apologies – assess if you really need to apologize. Get firm if things don’t improve. SAY something. He needs to hear it. The rest of us women need him to hear it.

You’re probably wondering how to do this without causing a scene, being blamed for being “too sensitive”, or getting a reputation as a complainer. So let’s be specific:

A minute percentage of men suffer from anger management issues and get agitated when someone else appears to be an obstruction to their goals. So when you don’t “do the thing” he expects you to do, he gets frustrated and either forces you through it or re-leads it repetitively.

A slightly larger percentage of men are patient and calm, but they have learned implicitly that their role is to only *cue* the moves for the followers to interpret and execute, as opposed to physically *leading* the follower without relying on the follower cheating for him. So in their world, regardless of their clarity of lead, the follower “should know her part” and do it for him. In this case, the leader thinks his moves are failing because you’re not doing your job, so he blames you.

Another subset of men interpret their role as “leader” to be equated to “advisor”, and if you appear to be “struggling” (regardless of whether this is your actually issues or only his inappropriate blame), he thinks it his duty and right to “help you”. This might look like correction or criticism during your dance, or even unsolicited advice after your dance is over. It may be subtle or it may be dominating.

I want to make this abundantly clear:  NONE OF THOSE BEHAVIOURS ARE APPROPRIATE.

1. You don’t deserve being a punching bag for someone else’s issues.

2. Social dancing does not require the follower to memorize the leader’s moves and “know her part”.  Your job as a follower is to respond when, where, and if he leads you, and if he doesn’t, he can’t expect you to do it yourself – that’s not how social dancing works: that’s called choreography. Don’t subscribe to his misunderstanding.

3. Unsolicited feedback or advice is a big no-no in social dancing. No matter how much you believe his intentions are to be helpful, it is a social dance violation. Leaders are not advisors – that’s what instructors are for. You shouldn’t have to put up with mansplaining or gaslighting or any other manipulation that boosts his ego while diminishing yours.

So what should you say? Here’s a list to choose from, depending on the circumstances.
Note that none of these phrases offer an apology. Do not apologize!

“Every time I dance with this leader, he hurts me”

The vast majority of men have no idea that they are causing harm. Sometimes newer dancers simply don’t have the body awareness yet to realize where all their limbs are going. They are often so focused on their own checklist that they are not paying attention to your needs or safety. They may have learned the move incorrectly, or learned it from a video that did not include all the safety tips and techniques required.

So, these guys need feedback signals to learn the effect they are having on their partner.

If you ever detect that your safety about to be compromised, disconnect. Sometimes I pull my hand away when I can feel him forcing my hand too far around my back. But whether you disconnect or not, you have to followup with an explanation, as suggested below.

Some leaders have been told they are causing harm, but have not sought out coaching to fix it. These ones need to hear the message from multiple sources. Don’t put up with physical pain just to avoid a confrontation. If you speak up and so do all the followers he dances with, he’s more likely get the message to do some self-reflection and seek out coaching.

As a last resort, you could fake an injury or condition, in the hopes that this raises his awareness and his caretaker instincts kick in. This might be an option if you know his M.O. and take the opportunity to mention it before your dance starts. The risk is that he only learns to make that adjustment for you and not for all followers.

Remember to check yourself too! Even though it might be his fault, it’s still your responsibility to protect yourself with good technique. Read about this in Part 1

Last year there started a social media movement started called #metoo which involved women from all walks of life using this hashtag as if to raise their social media hand to answer the question, “Have you ever been sexually harassed?”. Stories continue to be revealed as women gain courage from the vast numbers of women adding their voices to the movement.

Harrassment is a punishable offense, in the workplace, in society, and in the dance world. Many women never learned what their own boundaries are, and have no idea that they have technically been victims for years. Yes, the dance world is a flirty place where the lines can get blurry. But there are some simple, clear boundaries that you need to defend:

So if you’re in the middle of a dance and a leader touches you inappropriately, or says something inappropriate, and you get the impression that it was not an accident, you MUST speak up, firmly, clearly, without apology. This might be a teachable moment for both of you.

No matter what your concern, you can always mention it to your instructor/host. They will keep track of the complaints and have a paper trail to use as evidence when it comes time to confront the offender. Feel free to keep a journal of your own for the same purpose.

Here’s another article on this topic, from the Blues scene

More common than you think

It might be hard to believe, because it’s not a socially comfortable topic. A dancer in the LindyHop scene published this collection of survey comments collected from women reporting on harassment. (Yes, I did add this to the Guy-Guidance article.) Take the time to read it if you like, but at least open it to scan the sheer volume and variety of complaints. So, no, you are not the only one.

If a man starts to cross your boundaries (either accidentally or by poor judgement) and when you speak up he instantly genuinely apologizes, consider the matter resolved and show good faith. For example, if I complained that a man was hurting my wrist and he instantly apologized, checked for my well-being, and adjusted his hold, I would move on with a smile and keep dancing. I give him the benefit of the doubt that  upon realizing his mistake he will correct it, and I don’t judge or label him for one mistake. I know that sometimes dance learning is clumsy, so I speak up so I can assess his reaction to determine his intentions.

But I speak up *first* and offer this benefit of the doubt *after*.

I speak up because my career depends on my health and safety.

I speak up because I want to know that this guy isn’t going to mistreat my friends and students.

I speak up because I want a safer, more compassionate community.

I speak up because I know many women haven’t read this article yet and won’t have the courage to speak up for themselves.

Help me speak up. Pass this article on.

The Facebook gods don’t display the Coach’s Corner posts on all 5,000+ of my “friend’s” news feeds. Which means a thousands of deserving dancers never get a chance to access this rare and thorough informative articles. So, we call upon you, dancer, to think as you read, “Who do I know this would apply to?”, “Where can I share this that it will make an impact?” and click the share button on the, make a comment, or ask us a follow up question on the Facebook or Instagram posts. Hashtag it, re-tweet it, or put a link to it on your community’s or studio’s website for more people to take advantage. For those of you who have done this already – thank you for your support and helping us contribute to the worldwide WCS community! 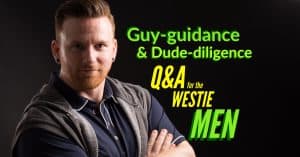 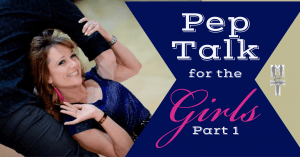 4 Responses to “Pep Talk for the Girls: Part 2”