You are here: Home › About West Coast Swing

What is West Coast Swing? 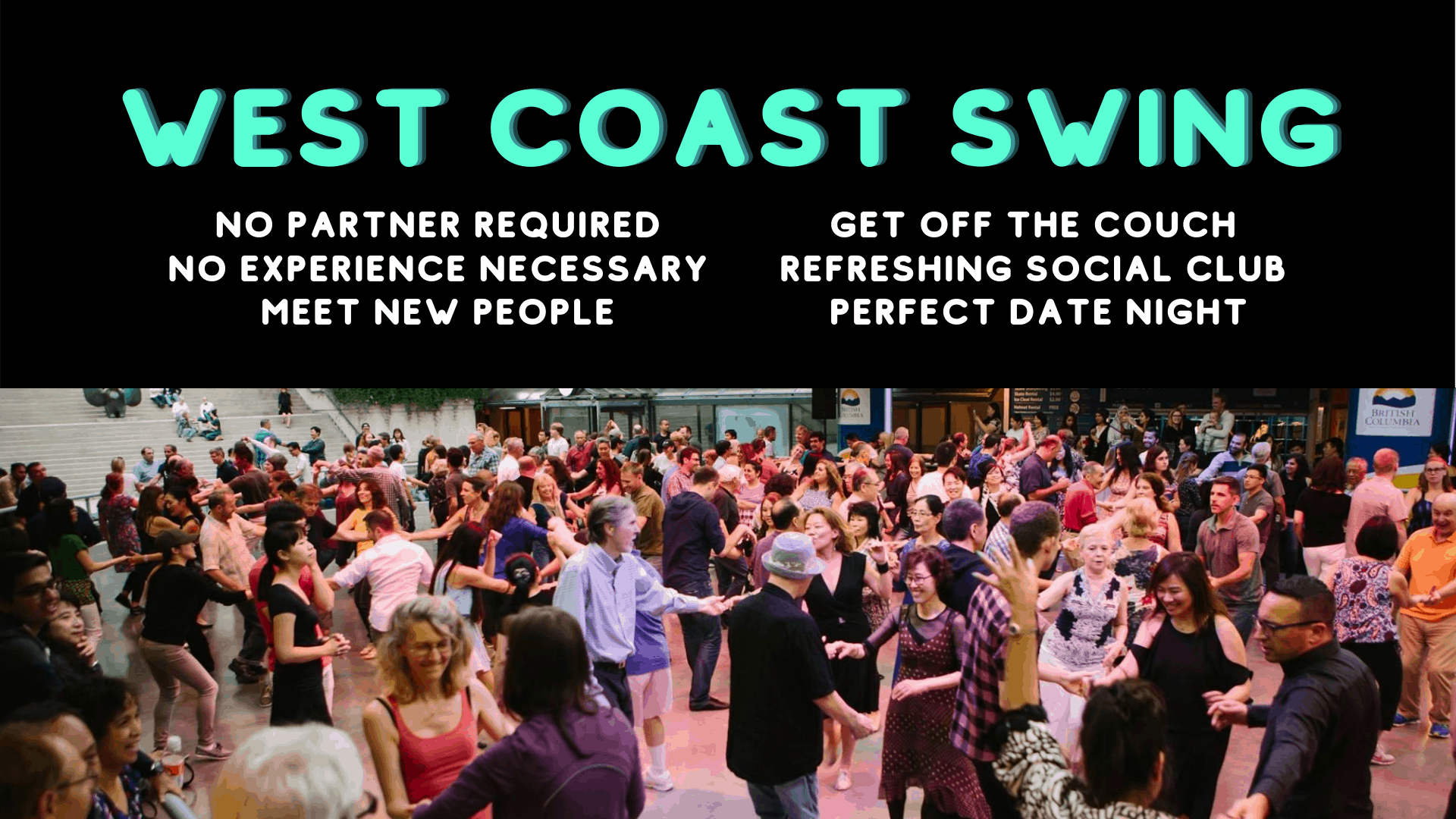 This American street dance evolved over the past half-century from the more commonly known retro-style of Swing, the Lindy Hop.

Unlike Lindy Hop, which is preserved as a historical dance and sticks to the traditional Big Band and Jazz music of the 1920’s-1950’s, West Coast Swing is a living dance, still evolving. It follows the music trends of each decade, and adjusts to accommodate new dance styles. For example, in the 1970s it adopted some of the stylings of Disco and the Hustle.

Today, it can be danced to most of the music played on the radio, and incorporates many dance elements of Hip Hop and Jazz. This makes it extermely appropriate for dancing in a night club. Focused on improvisation and musical interpretation, it is the most versatile and free partner dance in existence.

West Coast Swing has been enjoyed by thousands of dancers of all ages across the US and Canada for decades, but predominantly “underground”. But with all the media attention developing from movies and tv shows such as “Dancing with the Stars” and “So You Think You Can Dance“, all forms of partner dancing are expected to become more popular. New dancers will try the Ballroom dances, maybe dabble in Salsa, but when they find West Coast Swing, they typically fall in love. 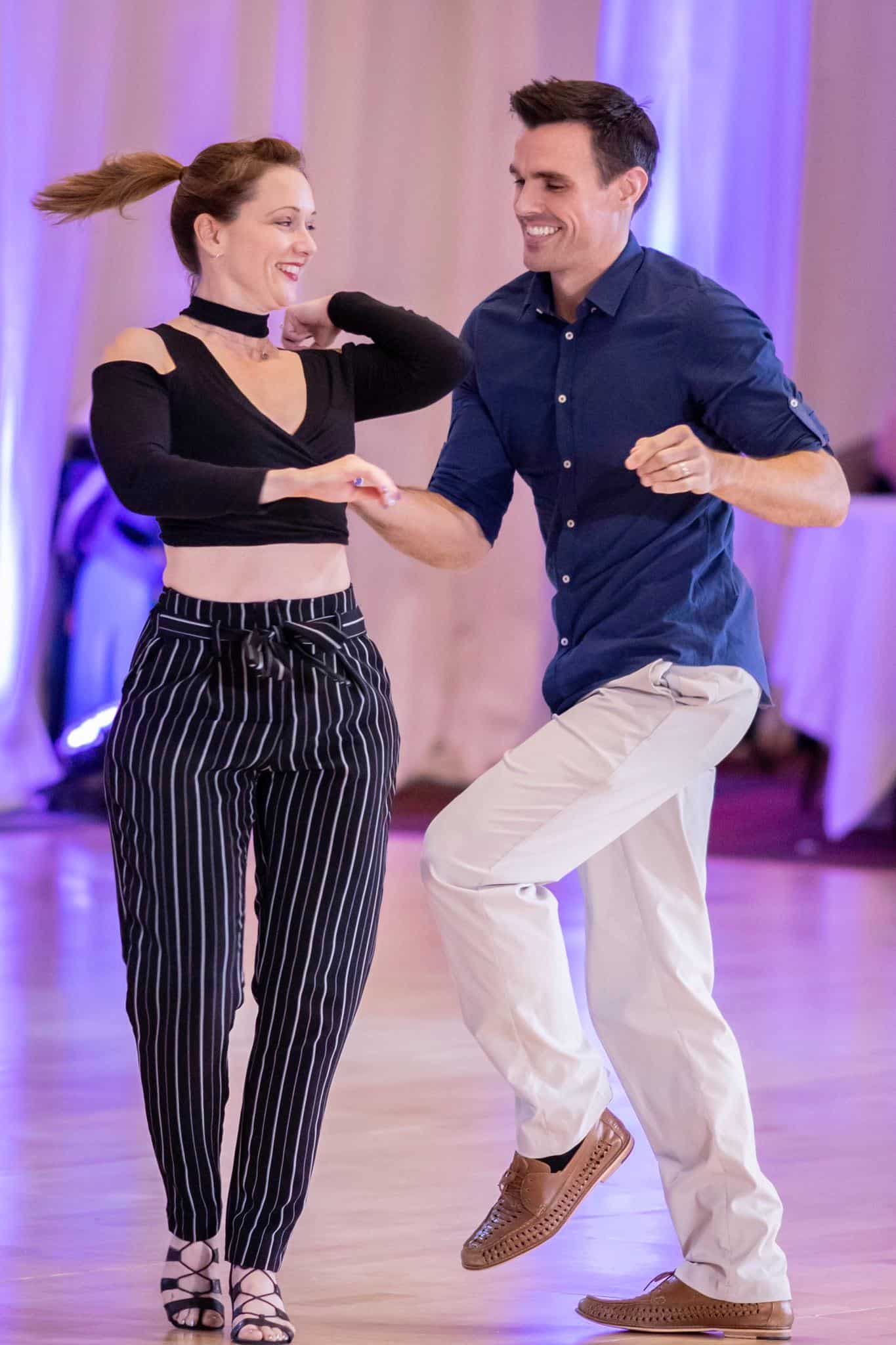 It can be done slow and sexy, smooth and sophisticated, or fast and rhythmically to most types of music, including Top40, R’n’B, classic Swing, Jazz, Funk, Blues, Pop, Country & Western and Hip Hop. People of all ages can use it anywhere, anytime, to any kind of music. You can dance it in a Club, at a wedding, or in a restaurant and have the staff tip you for entertaining their guests!

Relevance to this generation

West Coast Swing adopts the current music, fashion, and movement trends of the times. Right now we dance to mostly Top40 and contemporary R&B. Just as “classic” radio hits are revered and cherished, many dancers also enjoy dancing to old school funk, 60’s, and classic Blues. Since Hip Hop and Jazz are in the dance mainstream, WCS has adopted much of the same movement concepts.

Forget high heels and ballgowns – “Westies” dress the same as if they were headed to the Bar, and the rule is dress to impress or at least get attention, but always be comfortable. West Coast swing is the smoothest, funkiest and most modern form of partner dancing in existence. It has been featured on Star Search, 30 Seconds to Fame, and So You Think You Can Dance. Like Salsa, it is a “street” dance – you can find it all over the city, in the studios and in the clubs. Imagine dancing in the club WITH A PARTNER!

WCS is the most free and expressive partner dance in existence. It’s dynamic, sexy and playful. Improvisation and spontenaeity are highly encouraged and desirable. People love West Coast because it’s like being on a smooth roller-coaster ride and once the basic patterns are learned, many “surprises” can be added. You may find you sometimes even surprise yourself when dancing by spontaneously inventing new steps and patterns! 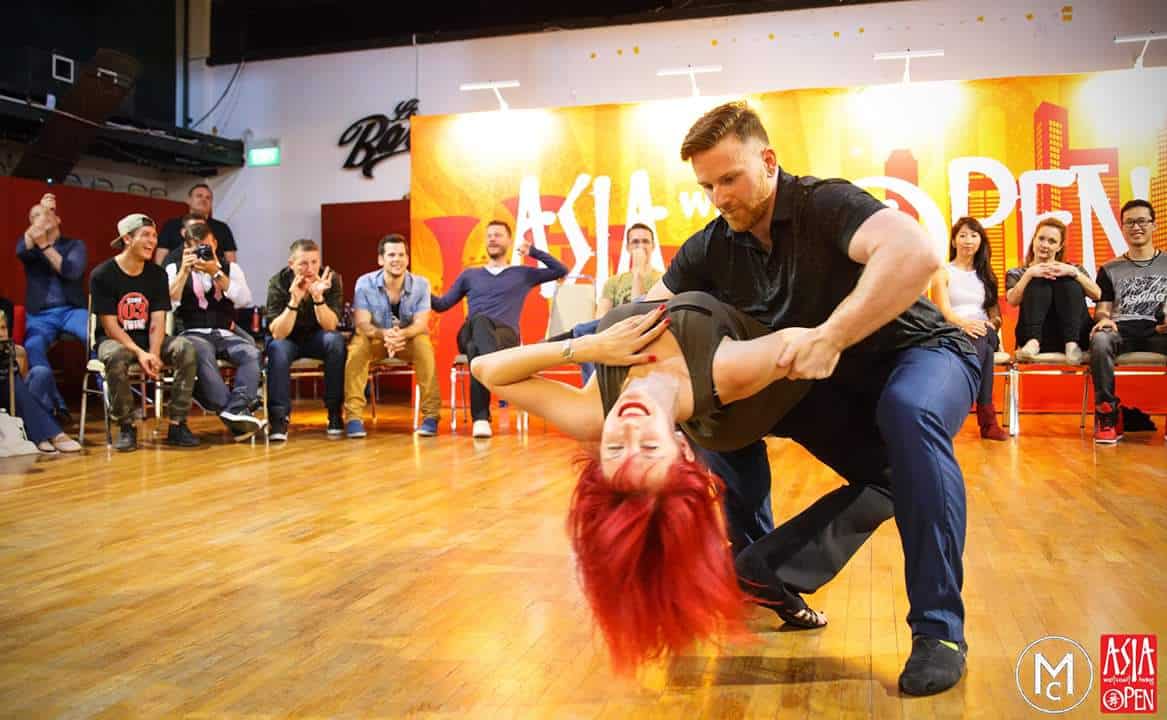 There is also no other partner dance where women have so much independence and decision making power.

In all other partner dances, the man traditionally “leads” and the woman “follows”.

In West Coast Swing, the dancing is a co-operative partnership between the dancers. Leads are mostly an “invitation”, not an order, and at an advanced dancing level the lead can pass back and forward between the man and woman during the dance.

Finally, along with Argentine Tango, it is the only other western dance where it is “socially acceptable” for two men or two women to dance with each other (sexual orientation is irrelevant).

WCS is not the easiest dance to learn, but is definitely your best investment. You don’t have to be amazingly skilled or spend thousands on lessons just to be good enough to have fun. Fun is accessible immediately, and it becomes more and more addictive the better you get at it. The other significant feature of the dance is the fact that advanced West Coasters can happily dance with beginners by entertaining themselves with syncopated footwork.

Once you learn the common basics, you are never criticized for your preferred version – there are no rules restricting patterns or style, just plain old physics and manners. In fact, dancers are encouraged to explore variations and create new moves themselves. There are over 5000 documented patterns and more are created and added every year.

Thanks to the contributions of science, all dance forms have enjoyed an upgrade in ergonomics. Movement specialists have studied the dance and reformed teaching techniques to make West Coast Swing more efficient and enjoyable. But this information is slow in reaching remote areas. Like in technology, there are still outdated versions being taught and danced, but eventually they will give way to the more functional, more effective techniques and styles.

Search Coach’s Corner for a topic: 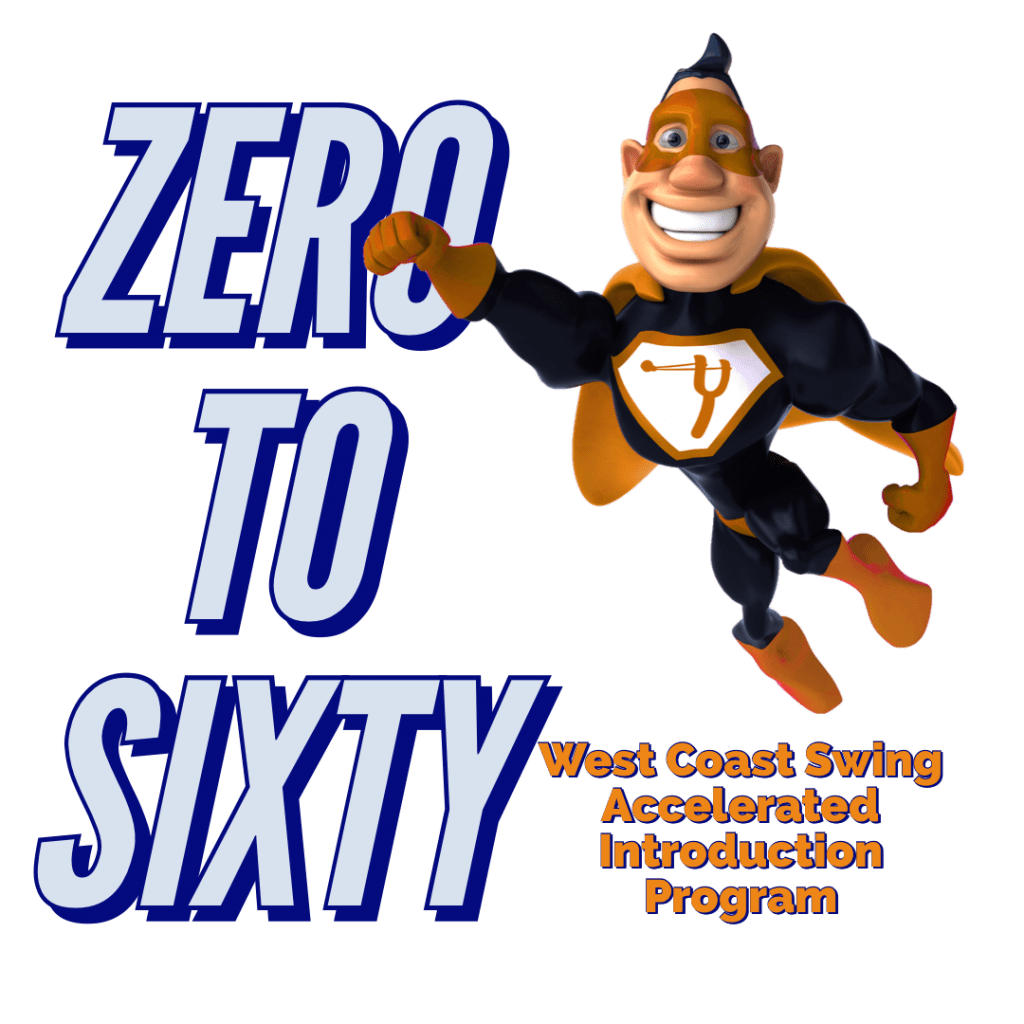